I have been meaning to write posts of my travels from the last few years, but I haven’t had a chance to compile all of the glories from each trip. But given  I have free time for the next two days, I decided to share the wonderful lands of different parts of the world that have made me become the worldly person that I am. (Or at least think that I am!).

Let me take you back to November 2015. My travel partner and I worked on this trip for almost seven months, and each day leading up to the trip was a sigh of relief as our trip was arriving closer and closer. Originally, we wanted to explore Thailand, but when we were looking up flights, everything had a connecting flight. I do not believe in connecting flights for countries I have never been to – my travel philosophy. That’s how I bumped into Japan and fell in love. 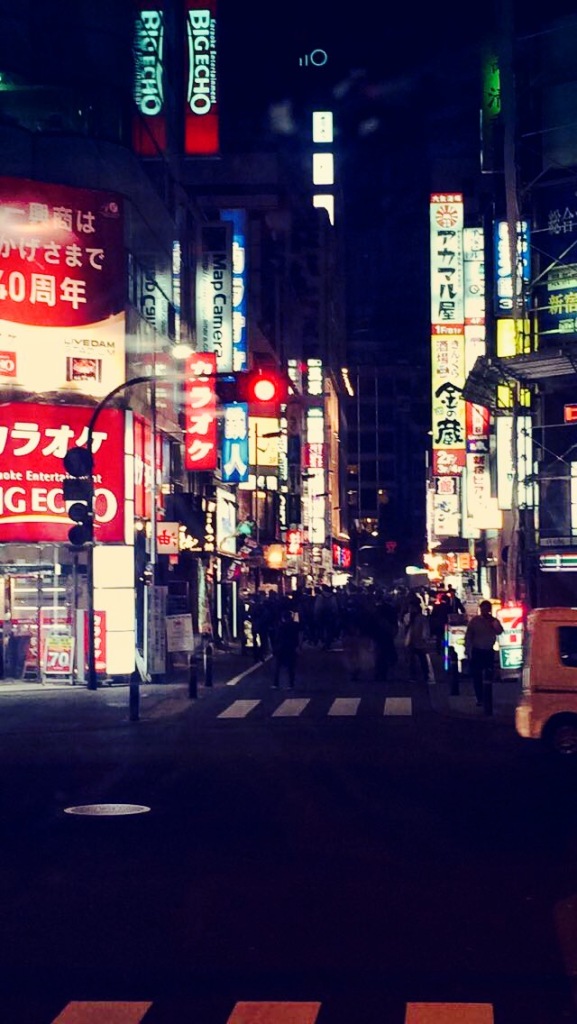 Like any city, as two foreign girls not knowing the language or the culture, it’s nerve-racking. We arrived to Tokyo late, however the hours are so far a part from what we are used to, we were ready to see what Tokyo had to offer.  The first thing on our agenda was to find ramen, and boy, did we! After walking around in the red light district where the smallest alleys had small six-seater food bars, we found a place that elevated our food crawl. Unfortunately, we were so ravenous we forgot to take a picture of the noodles.

In Japan, they have very limited English available in restaurants, public transportation or even pedestrian signs. However, they had pictures that really helped you understand. It’s quite interesting that in a time where America only wants to speak English, though it’s a melting pot, we are not nearly as advanced as Japan where they barely speak English. At first, their subway system seems to be beyond complex, but it is actually so easy to understand. Our exploration was done with using a ton of public transportation. By the end of our stay in Japan, we were pros. The other amazing part of the Tokyo is how the city was immaculate. I have never been to a country where their 7-11 bathroom felt like a hotel bathroom. I can appreciate a country that values their land and has their toilets automatically put the seat down with the lid.

It is known that Japanese business men work very hard. So much so, that they sell suits at 7-11 in case they party too hard the night before. And what we saw was exactly that. Our first night there, there were people everywhere drinking and eating. At the red light district, we passed a lot of “dancing” places where drunk men would run to. As we were walking back to the hotel, we saw a man leaning against a building and sleeping sitting up in his suit. Shocked by what we saw, by day two, we understood where he was coming from.

Our second day, we walked around different areas of Tokyo. It’s like New York with their boroughs. We shopped, ate sushi from a conveyor belt, had matcha ice cream and went to their “top of the hub”, which was the 350th floor. That evening, we turnt it up.

In Japan, alleys are not where you find rats and needles. It’s where you find delicious foods and buzzing bars. There is a specific area called Golden Gai that is filled with 10×10 bars of all sorts of themes. It looks shady because you are literally walking in the most random alley and walking through random doors, but it was a great experience. We went to an array of bars and met people from all over the world.  From each bar, we recruited fellow travelers and ended up with a solid, fun group.

The night didn’t stop there. After hours of roaming Golden Gai, it was time to take it to the mic. The group of foreign nomads took their vocal skills to the next level. We sang for hours. Karaoke felt like a few moments of our night, but we went in while it was dark out and came out to sunlight.  Of course, the only think to do at that hour is get some NOODLES for breakfast! Yas!

As we all parted ways from our adventure, there was a sense of calm. In that moment, I realized I loved Japan. Japan was never on my list to visit, but I am grateful that I did. Once we returned to the hotel, it is safe to say we passed out.

We awoke pretty late from what I remember, but we did not want to let the day pass without exploring more. We decided to take a night tour of temples, and of course, indulge in more food.

Though we explored temples the night before, we wanted to make sure we utilized all of the following day. This day was a special day! We woke up a little before sunrise to go to the pier where you have the freshest sushi for breakfast. If you know anything about me, I love sushi. It’s so simple, yet so complex with all the flavors. Once we got there, we rummaged through the food/fish market. However, only one thing was on our mind: SUSHAYYY! The one that everyone speaks highly about had a line around the block and it was 6:30am! But let’s be serious any one of the places would be mind blowing.

We decided to go to the one right next to the busy one. This too had a line, but not as long as the other. As we approached closer to the entrance, the small shop had a seat of 10 around the sushi chefs and our mouths were watering. To a normal person, sushi for breakfast is not something you really crave, but having sushi from the homeland for every meal was a necessity. As we approached closer and closer, our hearts dropped. They ONLY TAKE CASH. Something about myself is I barely ever have cash, regardless if I am traveling or not. Collectively, we had $50 USD to spend, but we were ready to drink and eat sushi after sushi. Neither of us ever budget ourselves, especially when it came to sushi! When we took a seat, we asked the very kind owners if we could run to 7-11 to grab cash. They said not to worry about it now and to enjoy our meal. Wow! They were so welcoming. What I found in Japan is that their hospitality is beyond anything I have ever experienced. Of course, we ordered like we were going to die. Sushi after sushi; beer after beer. We didn’t want to stop, but had to because it was clear, we were over indulging ourselves.  Rightfully, we paid our tab. They were so gracious. Forever will I remember that meal. Not because of the sushi, but of the lovely people that took care of us. 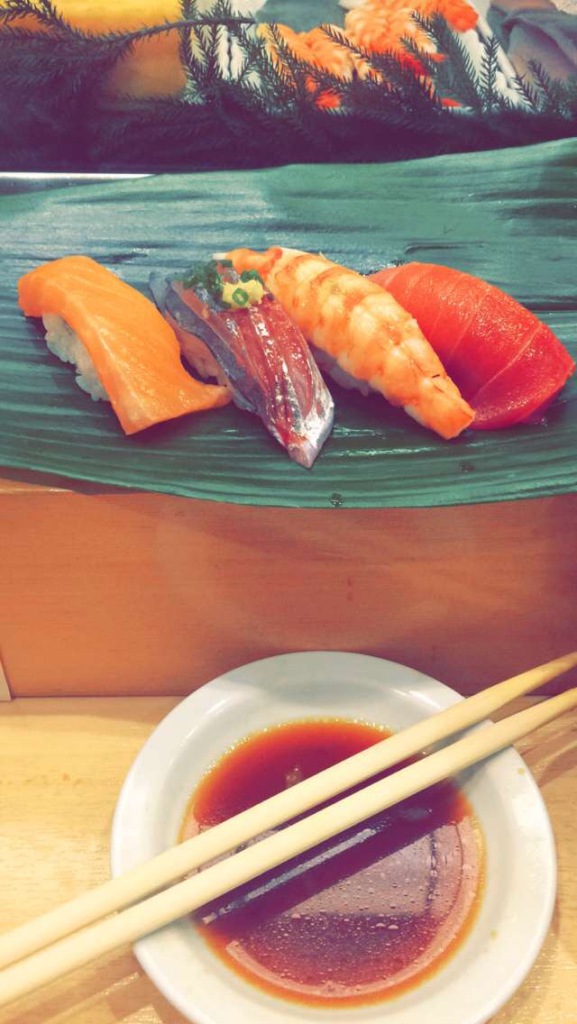 After our mouthwatering breakfast, we took the bullet train to Kyoto. It was a rainy day, but we didn’t want to miss out on visiting a different region. Once we got there, we had many temples to see and foods to eat. On our way to the Golden Temple, we ran into one of the foreigners we befriended at Golden Gai. We ended up exploring the temples together! 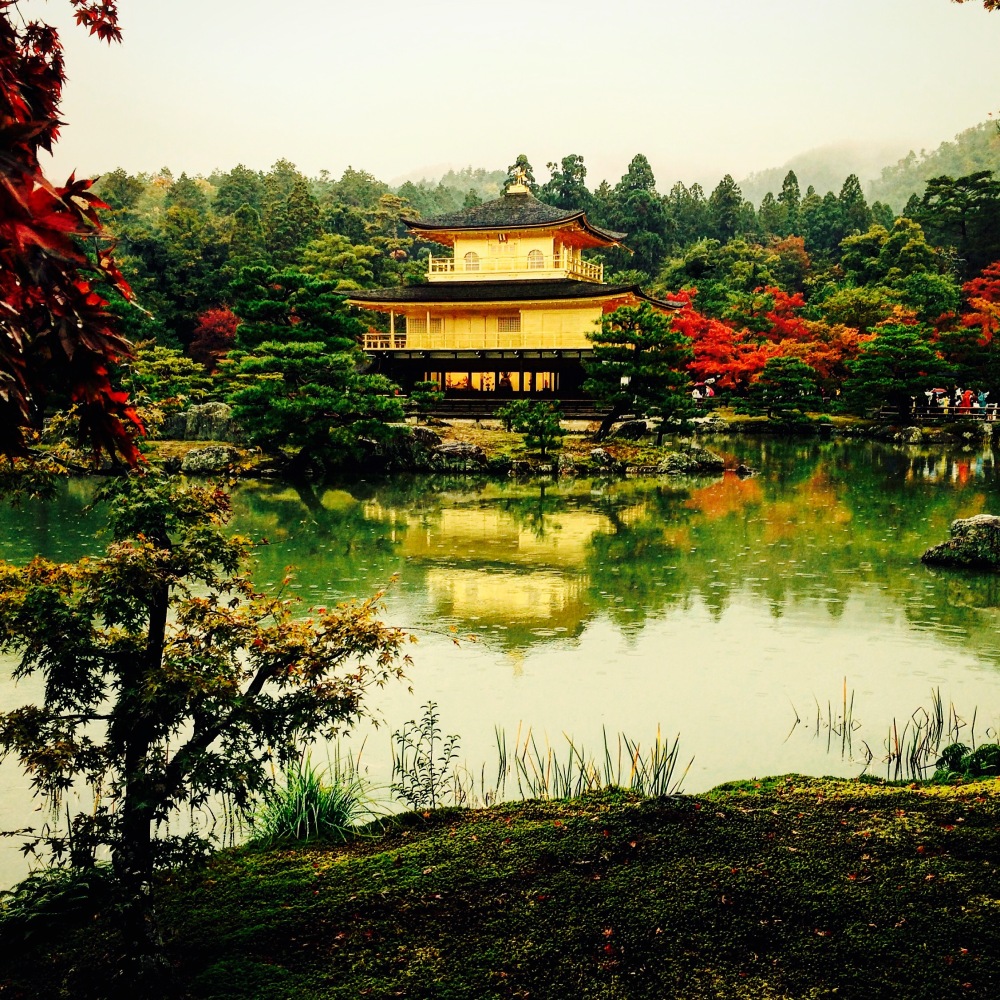 The following day was the last day in Japan. Though I was very sad, I was also very happy that we got a chance to embrace the Japanese culture and all that it offered. Before we were to leave for the airport, there was one last part of Tokyo that I had to visit: HARAJUKU!

If you know anything about Harajuku, it’s probably from Gwen Stefani. However, Harajuki is one funky town. It’s colorful and smells like sweet nothings in the air. It’s probably from all of the delicious dessert shops. They also had an abundance of stores of embellished socks and accessories. Before we left, we had to have a delicious crepe!

I always say that Japan has my heart because it really did open my eye to amazing hospitality, the unique culture from old to modern, and the food! Not to mention, the city is the cleanest city I have every visited.

Food for Thought:: Aside from the expected noodles, sushi and sweets, there was something from the Japanese menu that really stuck; takoyaki! Takoyakis are grilled shaped balls filled with octopus and gooey dough. It’s topped with different sauces. I did try to make it myself while in the US. It was good, but not the same! If you ever find it on a menu, be sure to order all that goodness!